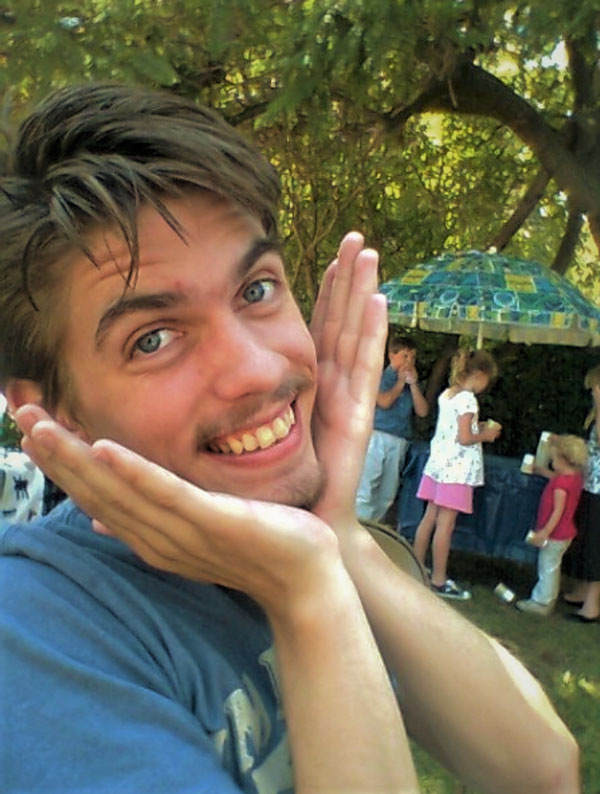 I would like to introduce you to my son, Kevin. He was a kind and funny person that made friends wherever he went. People were drawn to his witty sense of humor and kind heart. He gave his all to his people in every aspect of his life. At work, that meant working so hard that it frequently took two people to replace him when he moved on. With friends nothing was off limits, he gave his time, frequently leaving events unexpectedly as he dropped everything for a friend in need, and his means, even letting buddies live in his car on a couple of occasions while helping them find employment and get back on their feet. Several friends say that they are alive today because of Kevin.

He loved playing basketball, soccer, tennis, video games and Pokemon Go. He was a big Green Bay Packers fan and proudly taught his nieces and nephew to cheer, “Go Pack, Go!” He loved being an uncle, and friends and family alike called him Uncle Kev. He cultivated special relationships with each family member and friend and had a very special bond with his 4 sisters, one with whom he lived. He loved word games, especially crossword puzzles. He loved to entertain and put on epic performances playing Just Dance, giving his special sit down comedy routines, always joking he was too lazy for stand up, and singing karaoke. He had a great singing voice earning him awards and recognition in his 4 years of high school choir and the self awarded title of “Super Bass.” But his signature was his hug. He hugged with sincerity that conveyed his deep love for people and created his well-loved dancey hug.

He lost his battle to depression May 20, 2018 at the young age of 28; a battle he fought almost entirely on his own. I was totally unaware that he had this disease which he had apparently suffered with for several years.

Why did he feel the need to hide his illness? It must have been exhausting for him to work so hard to cover it up. Most sufferers feel a combination of guilt, shame and embarrassment. Many fear rejection, criticism or mockery from others if they were to be found out. But mental illnesses are illnesses and should be treated as such. If someone has cancer or diabetes, they usually aren’t embarrassed to tell anyone. Why is mental illness any different? We are in hopes that we can help make a difference by sharing our son and his story, which is now our story. Kevin would want good to come out of this tragedy and it is our desire to raise awareness and bring hope to others that suffer.

This website is to inspire hope and we encourage those of you that continue to successfully battle your demons to share your messages of hope so that we will strengthen awareness and inspire hope to those that are struggling. It is our desire to promote resources and services and help raise money for organizations that are supporting mental health awareness and suicide prevention programs.