Kinder to the World 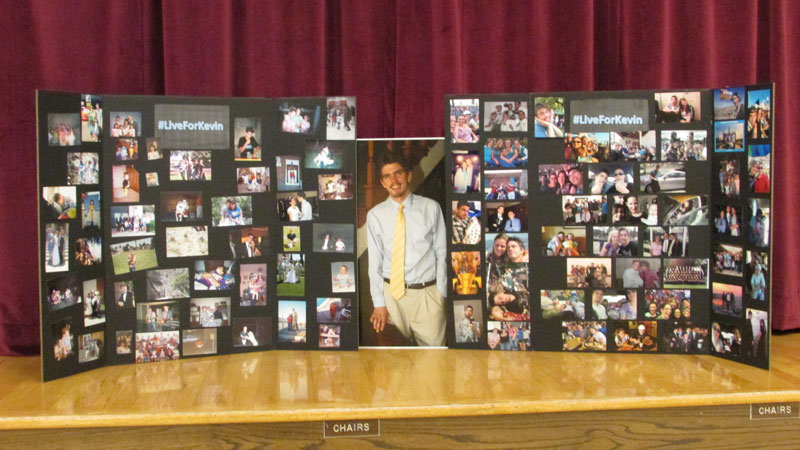 Hygiene Kits for the Homeless 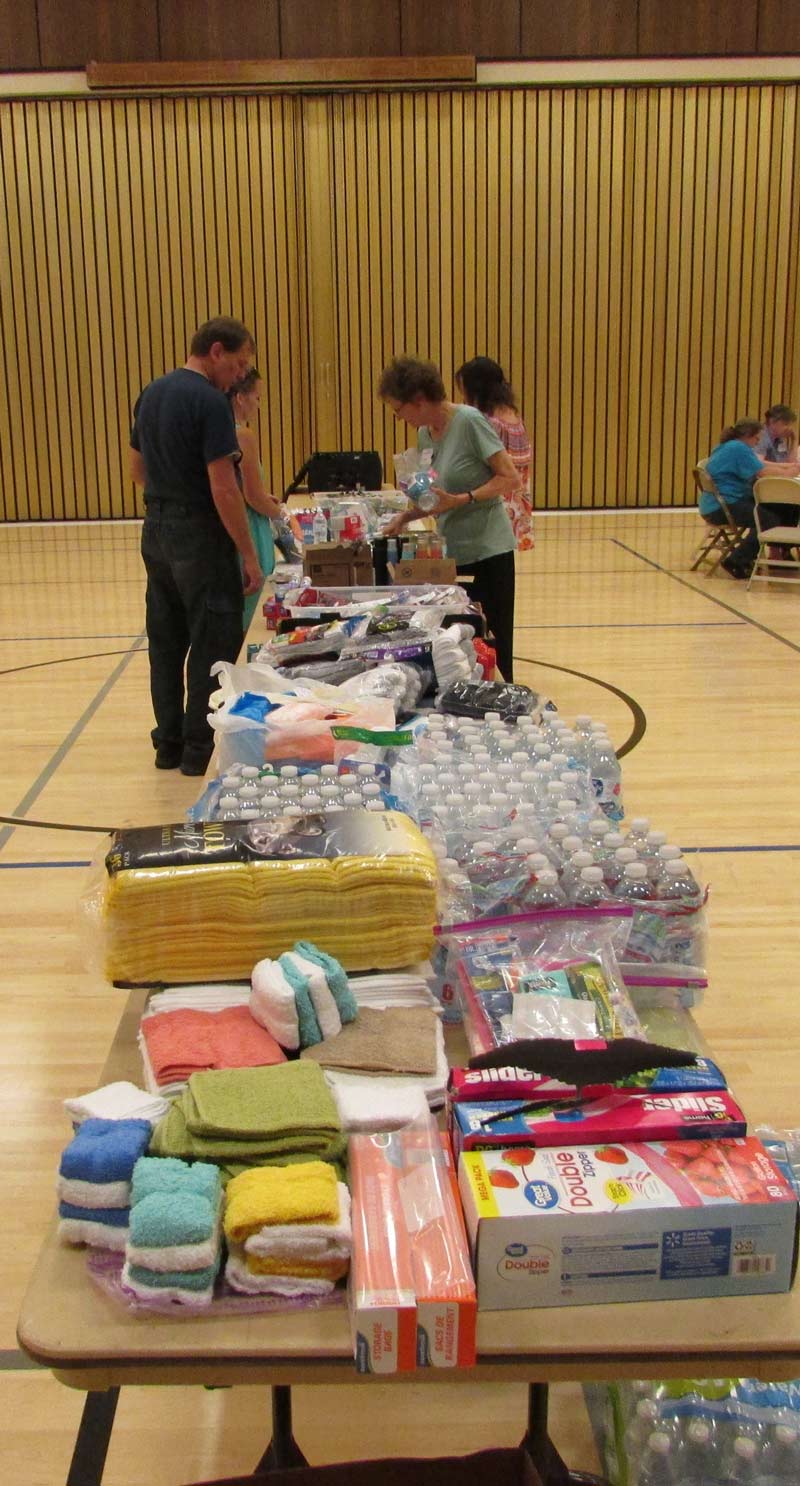 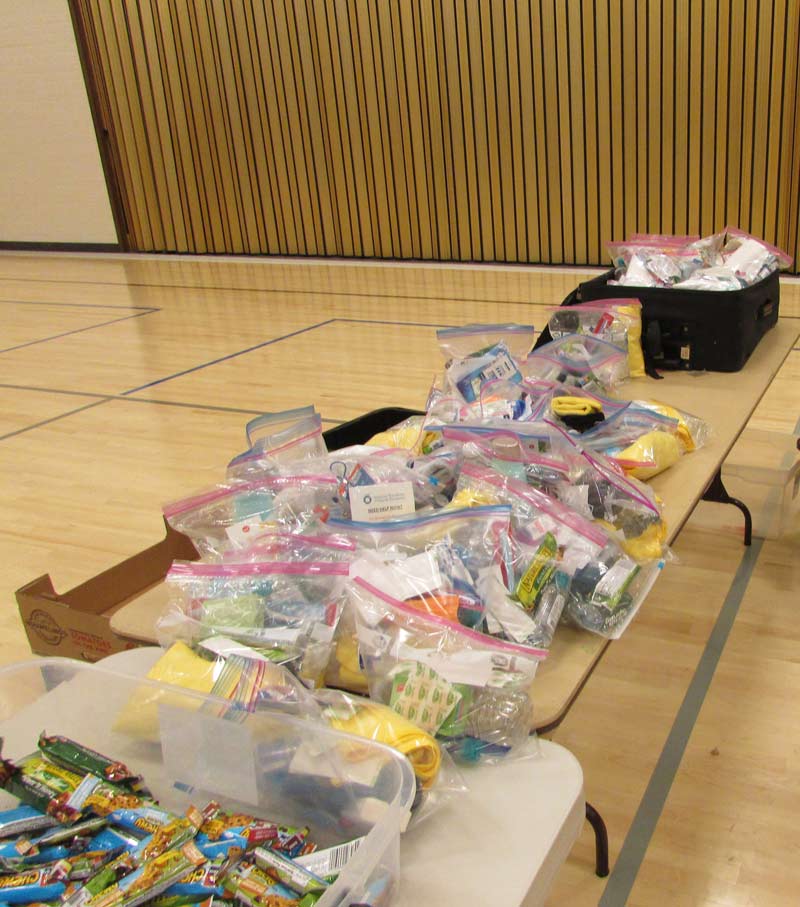 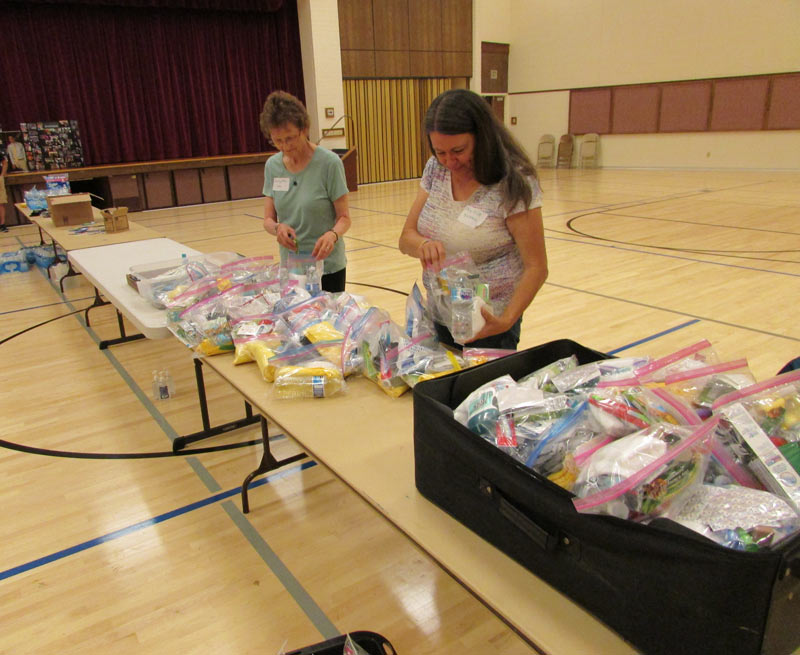 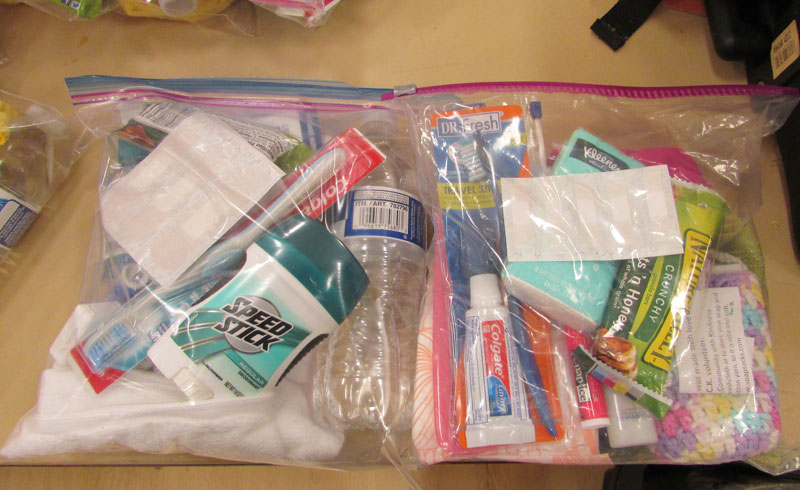 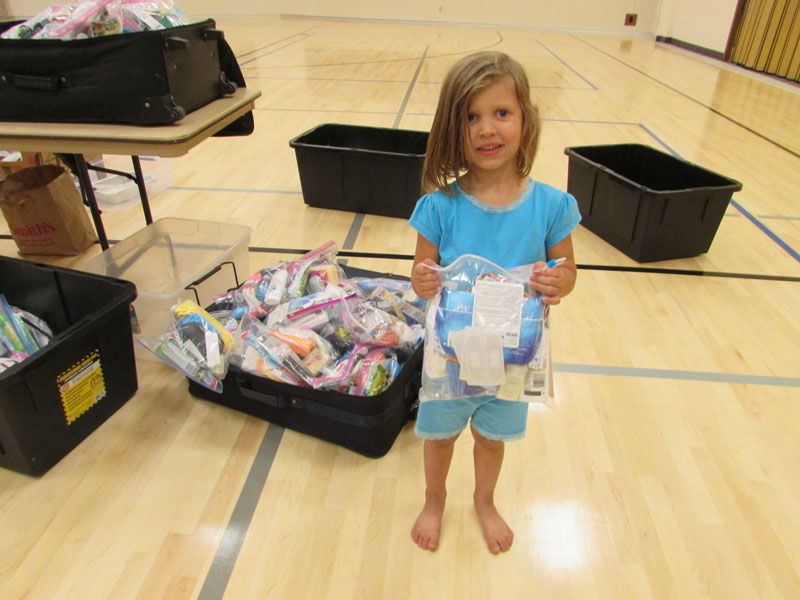 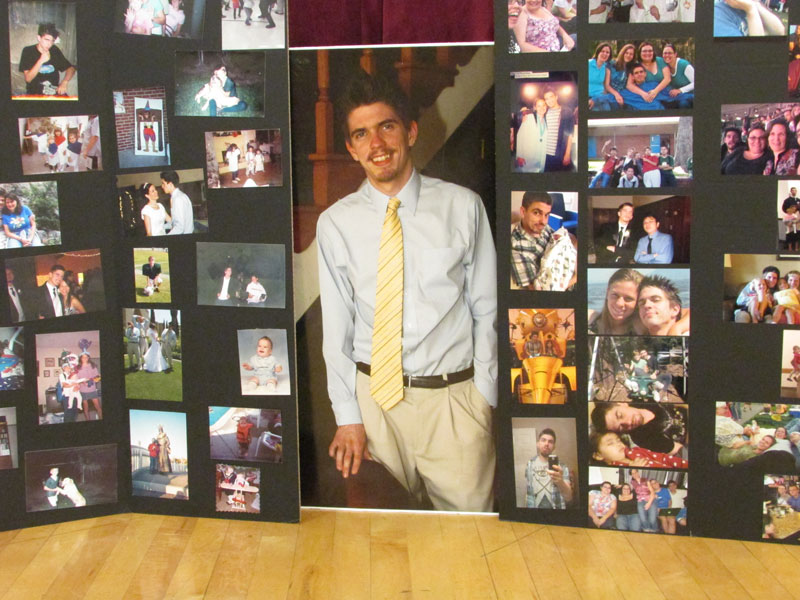 After Kevin’s plea for us to be kinder to the world, one of the first things I thought of to do was to gather supplies and make hygiene kits for the homeless. Kevin had helped two different individuals by letting them sleep in his car when they had no where else to go. He also ended up helping them get jobs and a place to live for one of them. So, in that vein, I thought the hygiene kits was something that I could do. I created a spreadsheet and put the items on it that I wanted to collect and then sent it to co-workers to begin with. I got a lot of response from people at work. Then I had the idea to make it be a project at the family reunion that my siblings and I were in charge of in Utah last July (2018). I talked it over with my sister and we decided to do it. I then sent my spreadsheet to my cousins asking them to participate in the donation of supplies and that we would all put them together at the reunion. Since I live in California, I  had to get two very large suitcases full of supplies to Utah. I ended up sending one of them and a few boxes with my daughter’s in-laws who were driving up there in their truck. We made well over a hundred kits that day and many of my cousins took some of them to have in their car to distribute to those in need that they came in contact with. I took quite a few back to California with me to have in my car to distribute and a couple in my ward at church and a few people at work also took some with them to distribute. My brother, who also took some, later reported back to me that on the days that he found someone to give them to, it was the best part of his day.

I have found this project to be therapeutic and feel like I can help to continue Kevin’s legacy of love and kindness in this way. One of Kevin’s friends heard about this project through Facebook and contacted Karissa Neely of the Daily Herald in Utah and she contacted us and ended up interviewing my daughter, Jennifer Teng. This is the result: https://www.heraldextra.com/news/local/north/lehi/a-bit-more-of-the-story-lehi-man-s-death/article_7bdd832f-5842-5d60-bcfd-bed45f9aebd8.html 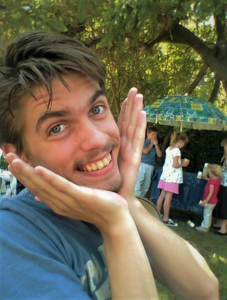